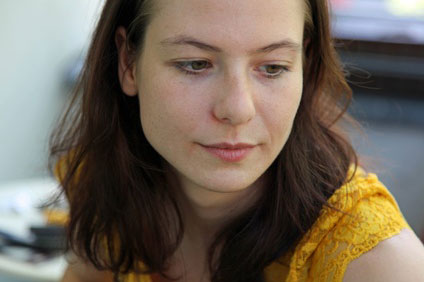 This is really a paradox: Fidelity and trust should be two of the values that are absolutely self-evident in every marriage and relationship. But nonetheless the surveillance of an allegedly unfaithful partner is one of the most common private reasons for engaging the services of a professional detective agency.

There are many signs why a man or woman believes that their partner has been unfaithful or even engaged in a long-term affair. Often it is not the old classic of the wife finding a restaurant receipt for two in her partner’s jacket pocket – on the contrary.

If someone wants to cheat on their partner nowadays they are generally able to skillfully hide their tracks. In fact it is not for nothing that articles containing professional advice for having an affair are springing up like mushrooms on the forest floor in various magazines as well as in the Internet. These make it extremely difficult for the layperson to prove that their partner is having an affair.

So, it is not so often the forgotten lipsticks or the scent of a different perfume or aftershave that give rise to suspicion. More often it is fine nuances with regard to changes in behavior or character that alert the long-term companion.

Find out the truth

In many cases, the first suspicions trigger a vicious circle. Clothes and handbags are combed through, mobile phones checked, phone calls made to the office to check up on the partner. Often the suspected cheater is also bombarded with questions, why they were so late home from the office yesterday or where they are going out to with the girlfriends or best buddies. The result is generally significant stress in the relationship – regardless whether the suspicion of infidelity is justified or not.

The suspicion that a beloved partner could be unfaithful is not only painful, but in some circumstances it also pursues a person so stubbornly that the whole day is now dominated by this one thought. In many guidebooks the parties concerned are urged to have a confidential talk with their partner. And of course there are cases where the partner is absolutely shocked by the suspicion of infidelity and the discussion is extremely positive. But what if the unfailingly loyal partner is so incensed about the unfounded suspicion that they begin to question the whole relationship?

Or – a case that often occurs – what would an unfaithful partner answer if there is no evidence against them? Even when the suspicion is spot on, many partners will not admit to a carefully concealed infidelity or a secret affair just on the basis of mere speculation. In most cases they will argue about a breach of trust and in the future be sure to cover their tracks even more carefully. After this type of discussion, the partner is left with a feeling of mistrust that has not diminished in the slightest.

A detective can conclusively clarify an issue of infidelity

As a professional detective agency we would also expressly like to warn you at this point that spying on your own partner out of desperation is an action that can backfire dramatically. On the one hand a layperson fundamentally lacks the expert know-how and the technical equipment to carry out professional surveillance of a person. On the other hand, sooner or later the suspect will discover the spying and the associated lack of trust. It is not uncommon for the consequences to be a deep rift in the relationship or in some cases an immediate separation. Even if the unfaithful partner admits to it and the relationship continues. Perhaps the only lesson the unfaithful companion learns from their partner’s snooping is that they need to be more careful in the future.

The evidence of infidelity through the discrete and extremely effective research methods of a professional detective agency has other advantages too. This includes, of course, the excellent investigative skills and the many years of experience that our detectives have. Furthermore, the professional investigator can get much closer to the unfaithful suspect in the course of the surveillance because of course they are not known to the partner.

So, for example a romantic walk with the lover or the two of them whispering sweet nothings in a restaurant can be recorded as evidence by means of video or audio technology from close proximity. Of course, our professional investigators also offer seamless logging of their observations and the video and audio evidence. This way, an unfaithful partner can not only be confronted with the affair but can also be confronted with many details that prevent him or her from denying the facts.

Naturally, we are detectives and not psychologists. Nonetheless, from our experience in numerous cases of gathering evidence of infidelity, we can say that the investigations are worth it, even in the case of a negative outcome for the betrayed partner. On the one hand because the period of uncertainty is finally over, and on the other hand because they can either work on the relationship with their partner or decide on a difficult but worthwhile start of a new life by way of a separation.